What is antenatal care?

Antenatal care is the care you receive from healthcare professionals during your pregnancy. You’ll be offered a series of appointments with your obstetrician.

He will check that you and your baby are well, give you useful information to help you have a healthy pregnancy (including healthy eating and exercise advice) and answer any questions you may have.

To give you the best pregnancy care, your doctor will ask you many questions about your health, your family’s health and your preferences. Your doctor will do some checks and tests, some of which will be done throughout your pregnancy. The results of these tests may affect your choices later in pregnancy, so it’s important not to miss them.

Your first visit with your doctor is the appointment when you tell them that you’re pregnant. At this first visit, you will be given information about:

They will give you information on keeping healthy, and ask whether you have had any previous health or pregnancy issues, such as complications in pregnancy. It’s important to tell your doctor if:

An important part of antenatal care is getting information that will help you to make informed choices about your pregnancy. Your doctor will give you information in writing or some other form that you can easily use and understand.

how you’re feeling and whether you’ve been feeling depressed 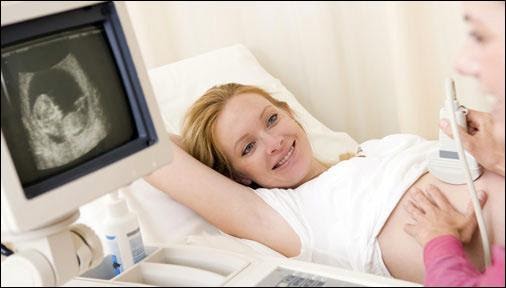 You can also ask questions or talk about anything that’s worrying you. Talking about your feelings is as important as all the antenatal tests and examinations.

Checking your baby’s development and wellbeing

At each antenatal appointment from 24 weeks of pregnancy, your doctor will check your baby’s growth. To do this, they’ll measure the distance from the top of your womb to your pubic bone. The measurement will be recorded in your notes.

In the last weeks of pregnancy, you may also be asked to keep track of your baby’s movements. If your baby’s movements become less frequent, slow down or stop, contact your doctor immediately. You’ll be offered an ultrasound scan if they have any concerns about how your baby is growing and developing.

During your pregnancy, you’ll be offered a range of tests, including blood tests and ultrasound scans. These tests are designed to check for anything that may cause a problem during your pregnancy or after the birth, check and assess your wellbeing and your baby’s development and wellbeing, as well as screen for particular conditions.

Your height and weight are used to calculate your BMI (body mass index). Women who are overweight for their height are at increased risk of problems during pregnancy.

Most women put on 10-12.5kg in pregnancy, most of it after they are 20 weeks pregnant. Much of the extra weight is due to the baby growing, but your body also stores fat for making breast milk after the birth. During your pregnancy, it’s important to eat the right foods and do regular exercise.

You’ll be asked to give a urine sample at your antenatal appointments. Your urine is checked for several things, including protein or albumin. If this is found in your urine, it may mean that you have an infection that needs to be treated. It may also be a sign of pre-eclampsia.

Your blood pressure will be taken at every antenatal visit. A rise in blood pressure later in pregnancy could be a sign of pregnancy-induced hypertension. It’s very common for your blood pressure to be lower in the middle of your pregnancy than at other times. This isn’t a problem, but it may make you feel lightheaded if you get up quickly. 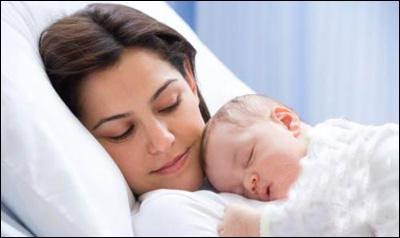 As part of your antenatal care you’ll be offered several blood tests. Some are offered to all women, and some are only offered if you might be at risk of a particular infection or inherited condition. All the tests are done to check for anything that may cause a problem during your pregnancy or after the birth, or to check that your baby is healthy, but you don’t have to have them if you don’t want to.

Talk to your doctor and give yourself enough time to make your decision. Below is an outline of all the tests that can be offered.

It is useful to know your blood group in case you need to be given blood, for example if you have heavy bleeding (haemorrhage) during pregnancy or birth. The test tells you whether you are blood group rhesus negative or rhesus positive. Women who are rhesus negative may need extra care to reduce the risk of rhesus disease (see below).

This usually doesn’t affect the current pregnancy, but if the woman has another pregnancy with a rhesus positive baby, her immune response will be greater and she may produce a lot more antibodies. These antibodies can cross the placenta and destroy the baby’s blood cells, leading to a condition called rhesus disease, or haemolytic disease of the newborn. This can lead to anaemia and jaundice in the baby.

It is very common for women to develop iron deficiency during pregnancy. This is because your body needs extra iron so your baby has a sufficient blood supply and receives necessary oxygen and nutrients. Increasing the amount of iron- rich food you consume during your pregnancy can help avoid iron deficiency anaemia. Some pregnant women require an iron supplement, particularly from the 20th week of pregnancy. Anaemia makes you tired and less able to cope with any blood loss during labour and birth.

Your doctor can tell you if you need iron tablets to prevent or treat anaemia. Your iron levels will be checked throughout your pregnancy. 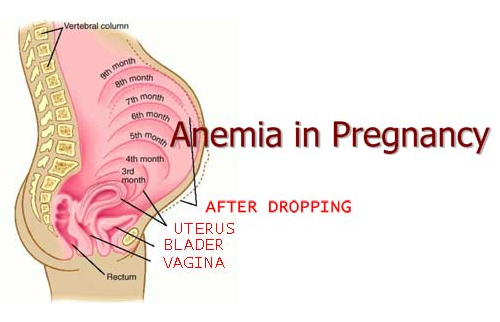 You’ll be offered tests for:

Be aware that you can still catch all these infections during pregnancy after you’ve had a negative test result. This includes sexually transmitted infections such as syphilis, HIV and hepatitis B if you or your sexual partner take risks, such as having unprotected sex. You can also get HIV and hepatitis if you inject drugs and share needles.

If you think that you’re at risk of getting HIV or you know that you’re HIV positive, talk to your doctor about HIV testing and counselling.

If you’re HIV positive, your doctor will need to discuss the management of your pregnancy and delivery with you.

Your labour will be managed in order to reduce the risk of infection to your baby. This may include an elective caesarean delivery.

Your baby will be tested for HIV at birth and at intervals for up to two years. If your baby is found to be infected with HIV, paediatricians can anticipate certain illnesses that occur in infected babies and treat them early. All babies born to HIV positive mothers will appear to be HIV positive at birth, because they have antibodies from their mother’s infection. If the baby is not HIV positive, the test will later become negative because the antibodies will disappear.

You’ll be advised not to breastfeed as HIV can be transmitted to your baby in this way.

Gestational diabetes (GDM) is a type of diabetes that affects some women during pregnancy. Diabetes is a condition where there is too much glucose (sugar) in the blood.

The Pap smear is a simple procedure to find early warning signs that cancer might develop in the future.

It’s good to ask questions. Asking questions helps you understand more about your care. Remember that it’s your right to be fully informed about any tests or treatment you’re asked to have

Write your questions down and take to your next appointment.

Group B streptococcus (GBS, or group B strep) is a bacteria carried by up to 30% of people but it rarely causes harm or symptoms. In women it’s found in the intestine and vagina and causes no problem in most pregnancies. In a small number of pregnancies, it infects the baby, usually just before or during labour, leading to serious illness.

GBS infection of the baby is more likely to occur if:

Your doctor will assess whether you need antibiotics during labour to protect your baby from being infected. It’s possible to be tested for GBS late in pregnancy, if you have concerns talk to your doctor.